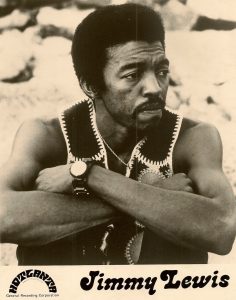 n 1968, some of his songs were heard by Ray Charles, who was impressed and started a long period of collaboration with Lewis. Their duet, “If It Wasn’t For Bad Luck”, reached number 21 on the Billboard R&B chart and number 77 on the Hot 100 in 1969, and Lewis wrote and arranged every track on Charles’ album Doing His Thing, which was nominated for a Grammy Award. Lewis also wrote Charles’ 1970 hit “If You Were Mine”.

In 1974, Lewis moved to the Hotlanta label, and released the album Totally Involved, described by critic Richie Unterberger as “respectable Southern-styled soul”, on which he wrote and produced all the tracks. The album included the track “Help Me Understand You”, which reached number 95 on the R&B chart in 1975. As a writer, he had further success in 1977, when Z. Z. Hill’s ” Love Is So Good When You’re Stealing It” reached the R&B chart.